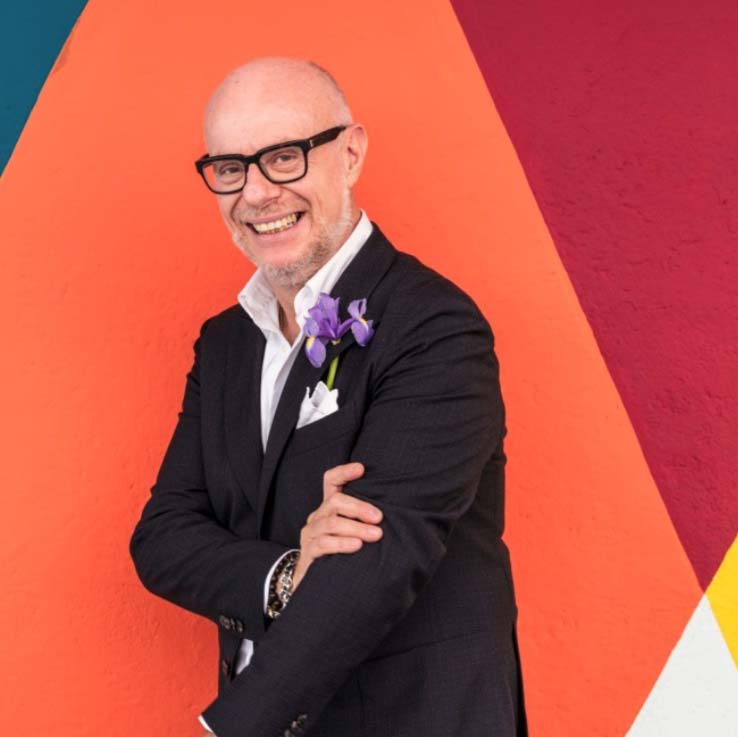 Carlo Giordanetti is member of the Product & Design Committee of Swatch Ltd. As CEO of the Swatch Art Peace Hotel in Shanghai, he in charge of developing the project as a strategic element of the overall brand program. He comes to Swatch from Montblanc (2007-2012), where he served as Creative Director for all product groups. Previously, as Co-Founder and Creative Director of Brand DNA (2000-2007), he specialized in the development of branding concepts and brand (re)positioning in the luxury goods market. Carlo also brings extensive experience at Swatch to his new role. For ten years (1987-1992 and 1995-2000) he served in a variety of positions, including Vice President, Marketing, contributing actively to numerous projects involving art, brand-building events, new product development and the Atlanta 1996 Olympic Games. He was also a member of the team that founded both the Milan and New York design labs of Swatch. From 2012 to 2019 he has been Creative Director at Swatch, responsible for a unified brand message across product, communications and retail. From 1992-1995 Mr. Giordanetti worked at Piaggio, makers of Vespa scooters, where he established a new retail concept and directed the company’s first international communications campaign. He is fluent in several European languages and has lived and worked in Milan, Florence, New York, Paris, Hamburg, Zurich and now Bern.