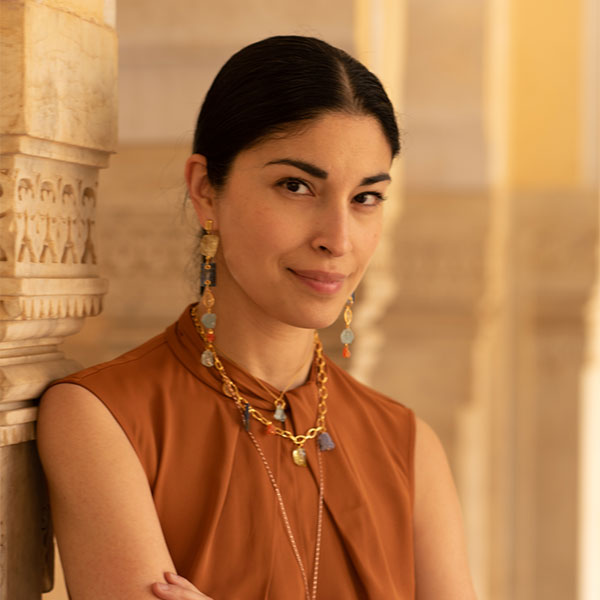 Caroline Issa is CEO and fashion director of London-based quarterly title Tank and editor of online magazine Becauselondon.com.The Montreal native is an established fixture on the fashion week circuit, having published Tank magazine for 18 of its 22 years. In February 2015, she launched a line of ready-to-wear essentials with American retailer Nordstrom for two years, in July 2019, a seven-piece capsule collection for Label/Mix and in September 2019, a successful jewellery collaboration collection with her friend Monica Vinader.The former management consultant describes herself as “a businesswoman who loves fashion.” Originally a retail and consumer goods consultant with a business degree from The Wharton School at the University of Pennsylvania, she met Tank founder Masoud Golsorkhi by chance while working on the Boots account for her former employer. He offered her a partnership in the company and she left consulting for the world of magazine publishing.  In 2004, Issa founded Tank Form with him, a creative agency that has since devised advertising campaigns for a number of brands, including Mulberry, Silhouette, Levi’s, Debeers and Monica Vinader , and also creates digital content for several retail and fashion clients, such as Cartier, Hugo Boss and Lane Crawford . Issa has also worked on creating and releasing new publishing technology. In 2007, she launched Becauselondon.com — a digital magazine of which she is editor-in-chief — under the auspices of Tank. Six years later she launched a print edition featuring Fashion Scan, an experimental app developed by Golsorkhi, Issa and their team, that enabled users to unlock digital content within physical magazine pages using their smartphones and tablets. The technology was later brought to O: By Tank, a long-standing supplement created by Tank for The Observer, a Sunday newspaper published by the Guardian Media Group.Today Issa spends most of her time between Tank magazine, Becauselondon.com and Tank Form consulting. She spent three years as the external examiner for Central Saint Martin’s MA journalism and fashion promotion courses and can be found on numerous juries for fashion awards.