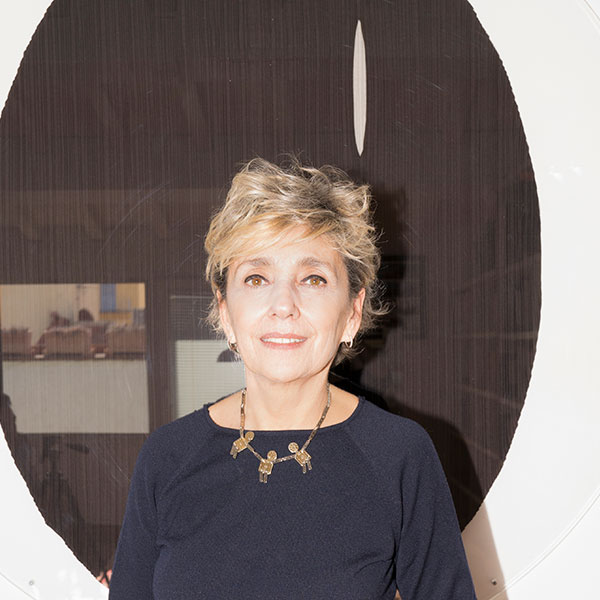 A graduate of the University of Florence, holds a degree in Humanities with an emphasis on Art History. Stefania Ricci began collaborating with the Galleria del Costume, Palazzo Pitti and with Pitti Immagine in 1984, overseeing the organisation of exhibitions and the publication of catalogues like La Sala Bianca: nascita della moda italiana (Electa) in 1992, in addition to the Emilio Pucci exhibition (Skira) for the 1996 Florence Art and Fashion Biennale. In 1985, Ricci curated the first retrospective on Salvatore Ferragamo at Palazzo Strozzi in Florence and various stops along its tour at the Victoria and Albert Museum in London (1987), the Los Angeles County Museum (1992), the Sogetsu Kai Foundation in Tokyo (1998) and Museo des Bellas Artes in Mexico City (2006), as she began organising the company’s archives. In 1995, she was appointed Director of Museo Salvatore Ferragamo where she still works and oversees cultural events around the world. Since then, she has curated all the exhibitions organised by the museum and the exhibition catalogues, including Audrey Hepburn. A Woman, the Style (Leonardo Arte, 1999), Evolving Legend Salvatore Ferragamo 1928-2008 (Skira, 2009), Greta Garbo. The mystery of Style (Skira, 2010), Marilyn (Skira, 2012), The Amazing Shoemaker (Skira, 2013), Equilibrium (Skira, 2014) and A Palace and the City (Skira, 2015), Across Art and Fashion (Mandragora, 2016), 1927 The Return to Italy (Skira, 2017), Italy in Hollywood (Skira, 2018), Sustainable Thinking (Electa, 2019). In 2019, she was appointed as a member of the Study Commission for the identification of public policies for the protection, conservation, enhancement and use of Italian fashion as cultural heritage. She was named Director of Fondazione Ferragamo in 2013.