Jimin’s design expresses that feeling of freedom she felt when clubbing. Coming from a conservative Korean culture which considers clubbing as dark and negative, she discovered an entirely different perspective when she landed in New York. A friend who she would go clubbing with would wear a western? with cut trousers that would reveal the leg. The confidence he had with his body and style made her understand that clubbing is about being yourself and embracing a sense of freedom. In her design Jimin also references the movements of people dancing in clubs to visualize this sense of freedom, developing them into textiles and silhouettes. 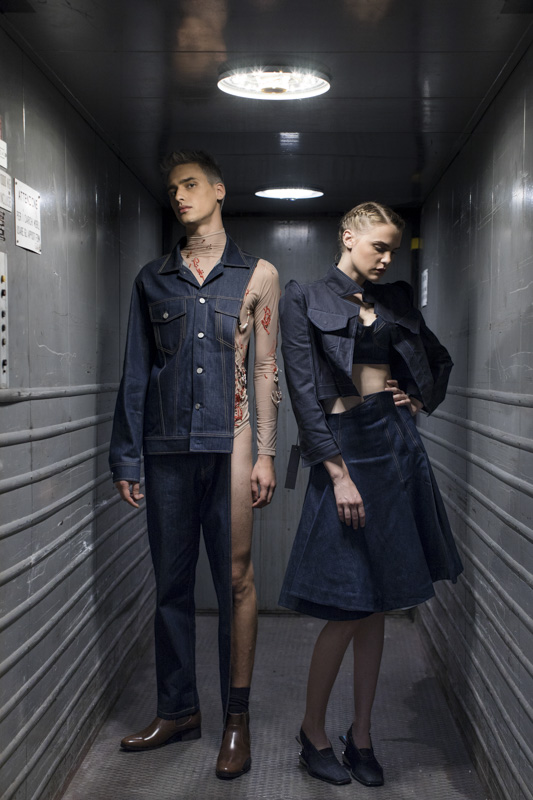 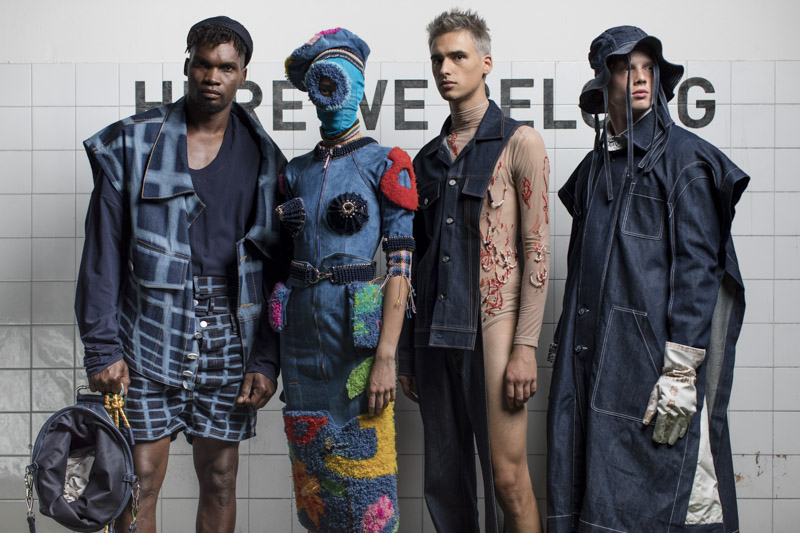 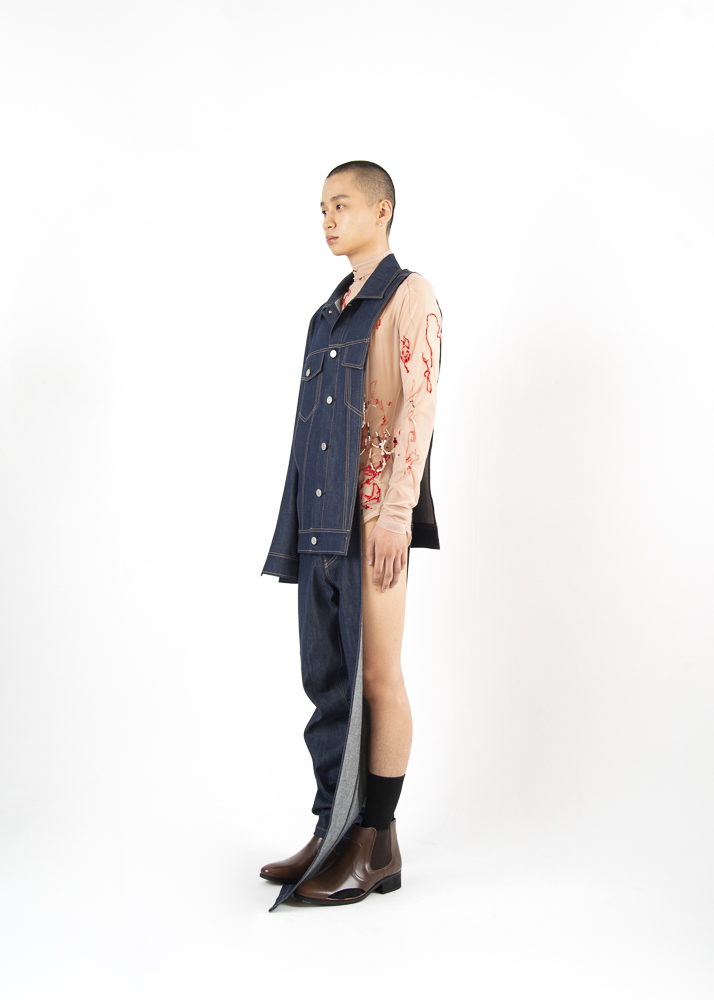 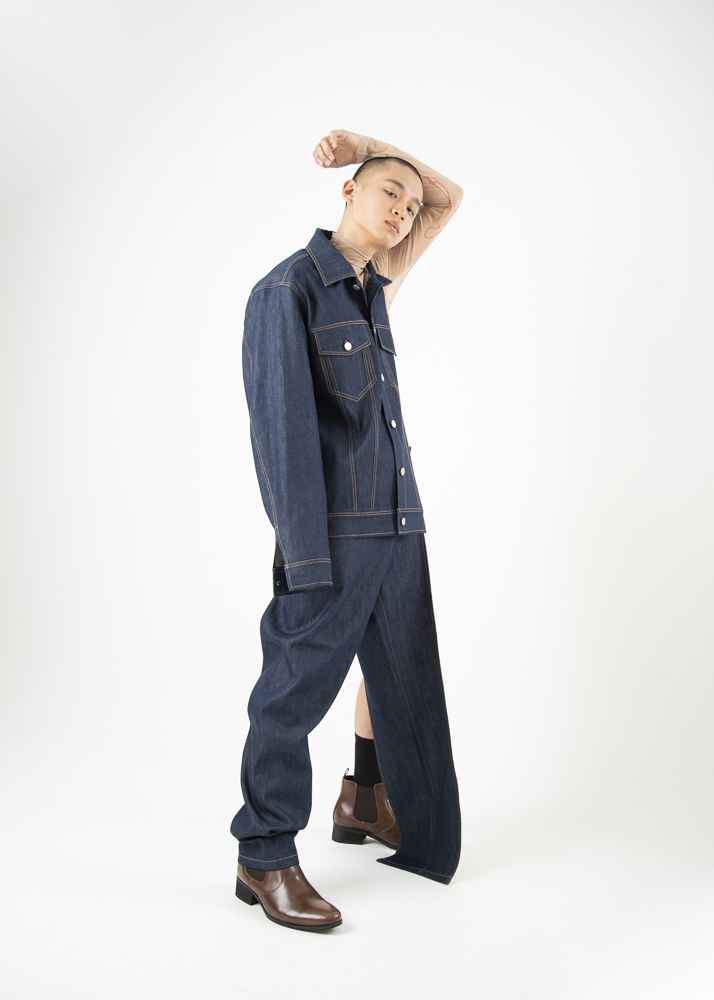 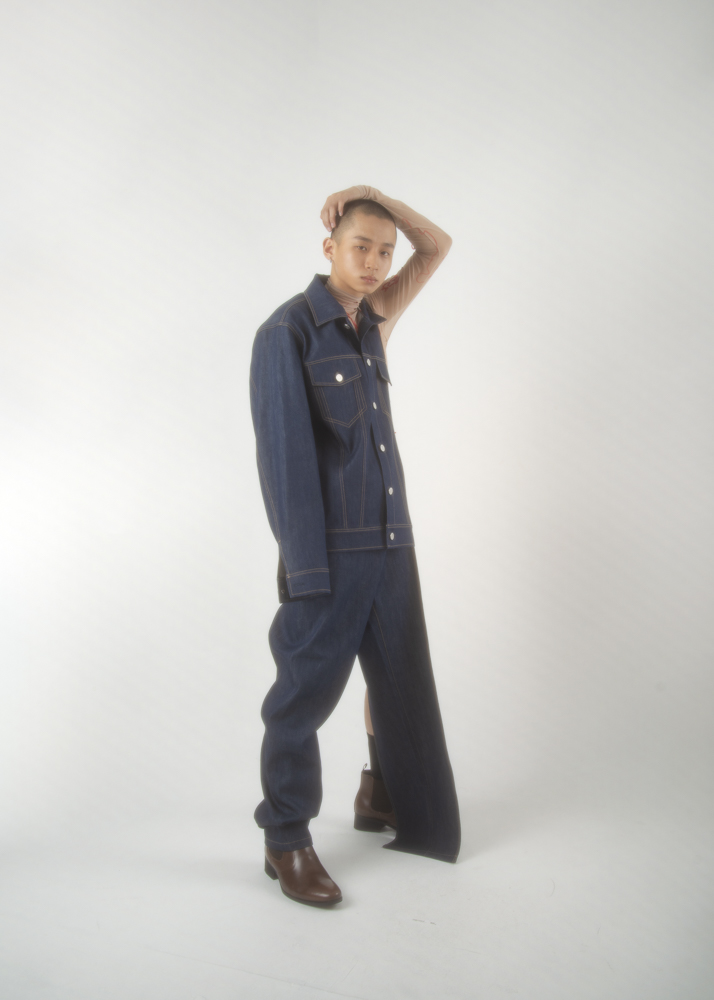 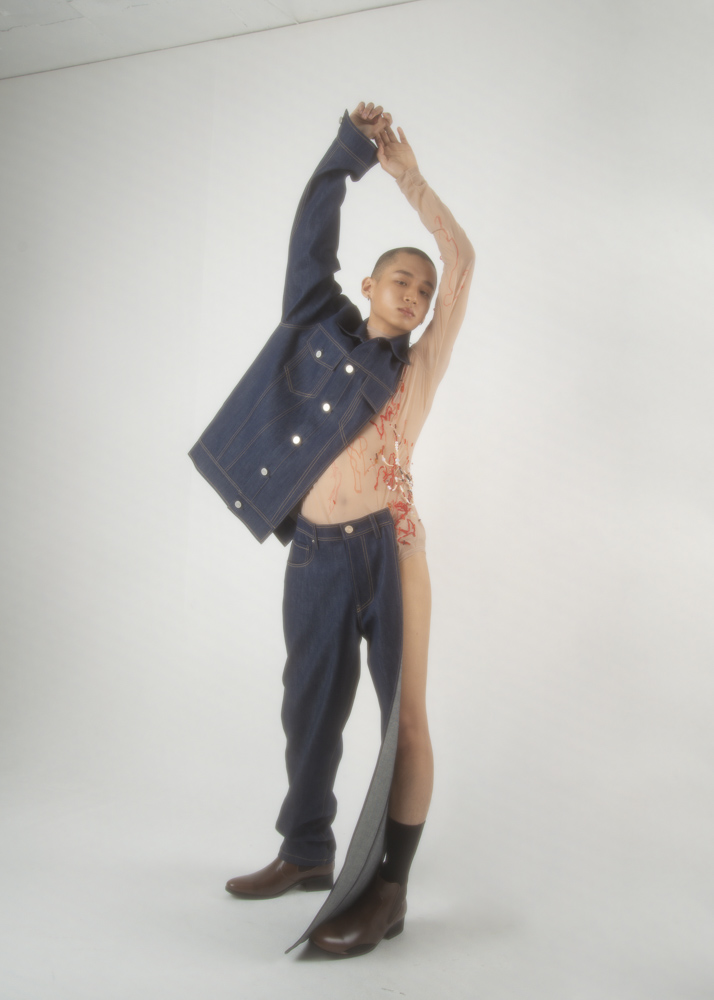 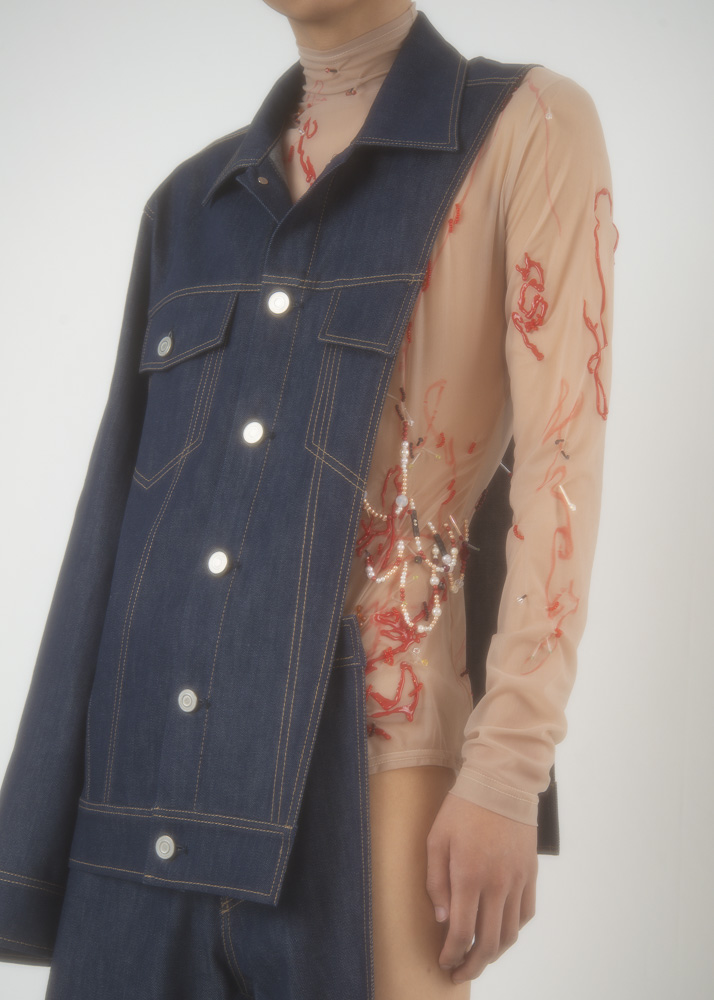 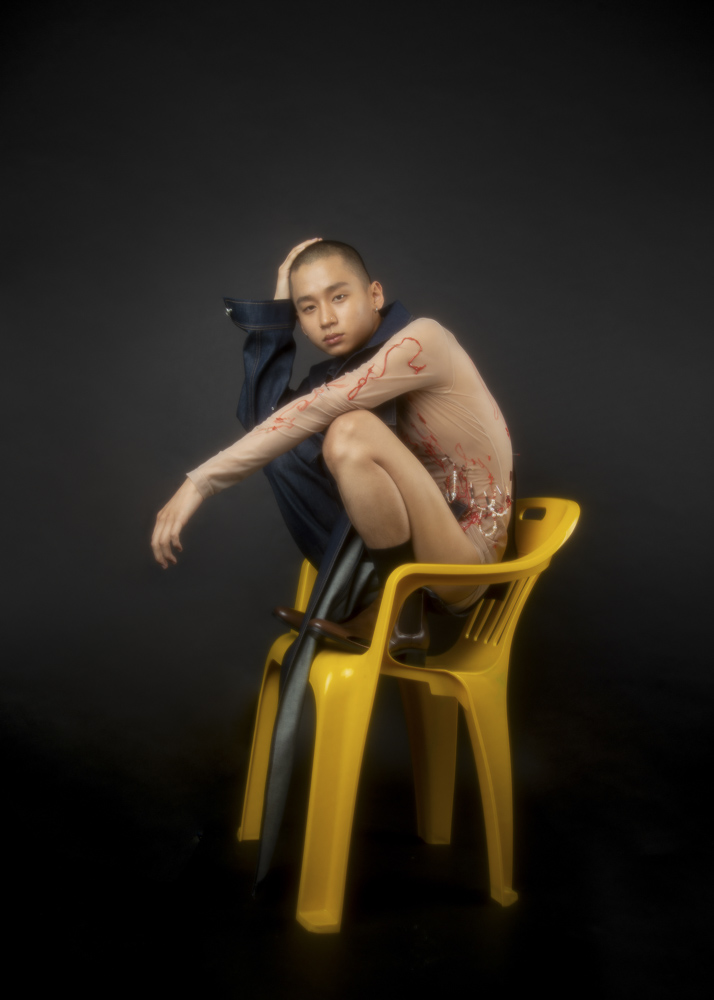 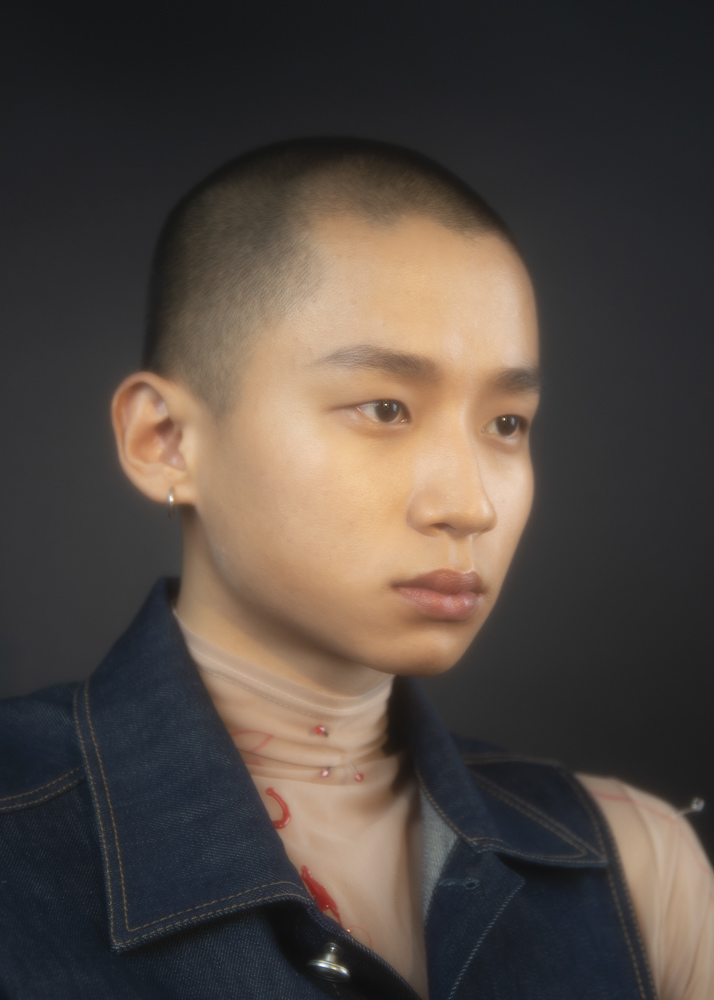 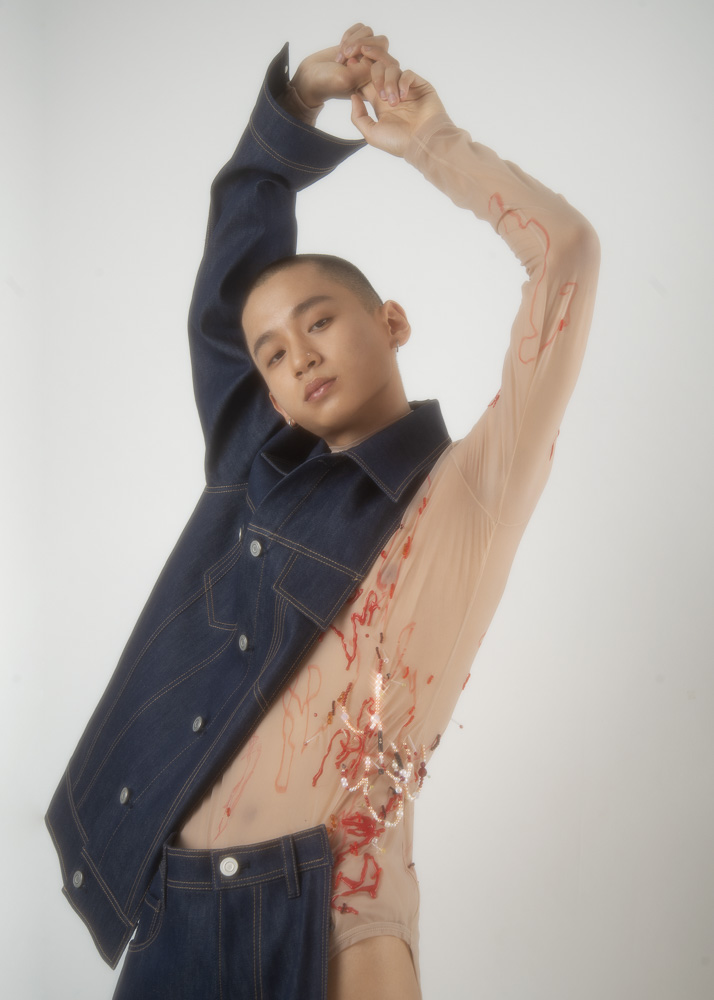